"We installed Production Coach a little under a year ago and one of the first things we did, is we added a sorting area into our process just ahead of assembly. Now, our cutout and edge-banding guys don’t care at all what order they do the parts, because it actually allows them to organize parts by type instead of by cabinet." 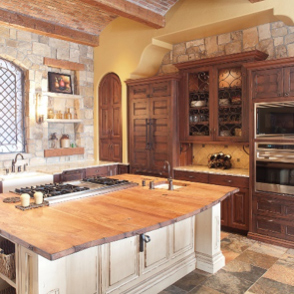 Homestead Cabinet & Furniture is a high-end custom cabinet shop located in Hyrum, Utah. Almost everything Homestead sells goes to prestigious interior designers. Homestead jobs are custom and almost every cabinet is different – they don’t produce the same cabinet over and over and over again

Until last year, Homestead had ongoing challenges keeping everything organized on the production floor along with delivering orders to their dealers without any missing parts.

Homestead uses Microvellum software for cabinet design their manufacturing process uses CNC-based, nested CNC routers to cut out all of a specific job’s parts, nesting them in such a way that it kept all of the parts for a given cabinet near one another

Homestead’s cutout guys would spend a lot of time making sure the parts were organized cabinet by cabinet, and the edge banding guys would do the same thing, trying to keep them organized before passing them on to the assembly guys.

Because Homestead was using nesting for part and job organization vs for material optimization, they were using a lot more material than they actually needed to use. Homestead cutout and edge-banding guys were also spending a lot of extra time just keeping track of parts.

Despite all of their best attempts at staying organized during production, Homestead found that assembly staff still spent anywhere between 40 and 60% of their time just looking for stuff that was missing. They also had a lot of difficulty making sure that all of the products made it onto the right trailer. This caused issues with dealers regarding shipping.

In late 2018, early 2019, Homestead decided to add RSA Solution’s Production Coach software to see if it could improve their production and delivery processes. Here is what Homestead experienced, as told by Caleb Carpenter, a Homestead Cabinet & Furniture manager.

“I’m one of the managers at Homestead Cabinet & Furniture in Hyrum, Utah. My particular role in the company is that I focus on process and facility improvement, which is part of why Production Coach caught my eye in the first place. I first ran into it at a technology conference two years ago. 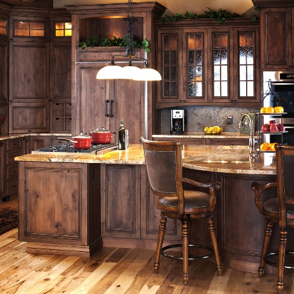 We installed Production Coach a little under a year ago and one of the first things we did, is we added a sorting area into our process just ahead of assembly. Now, our cutout and edge-banding guys don’t care at all what order they do the parts, because it actually allows them to organize parts by type instead of by cabinet.

It also means that we can nest parts for material efficiency instead of for job organization and that’s actually saved us on an average job, somewhere between one and two sheets of material which adds up very fast.

The sorting area makes organizing and sorting all the parts really quick and easy. We now make sure that we never start building a cabinet until all the parts are accounted for, and on the rare occasion that parts are missing, it makes it much easier tracking them down because parts are tracked from station to station.

So, it’s easy to look up where a part was last and figure out where it is now. The time our guys spend looking for parts has dropped by over half.

Also, the use of packing lists in our shipping area has made our shipping much more reliable. All those conversations with dealers about things that hadn’t been shipped basically don’t happen anymore because we always have the paperwork, too. We have the system and we have the record of the part being scanned and loaded onto the truck. And, between these two things, particularly the sorting area before assembly and the use of packing lists and shipping, have made a huge difference for Homestead.

Because we’re as complex as we are, we’ve ended up having to ask for a number of development requests from RSA Solutions and in particular, right off the bat, this was because of a particular quirk in how we use Microvellum.

RSA Solutions developed an entirely new feature within Production Coach to allow us to continue using Microvellum the way we always had been which fits the way we work.

Since we installed Production Coach, Homestead has had record-setting months of profitability.